By Mariam Z. December 21, 2015
Today's post will be on walnuts. Walnuts also constitute a part of the Christmas platter and they're also good for you. Most of the health benefits of walnuts are known already but scientists have found one more to add to the list: lowering of diabetes and heart disease risk in "at-risk" patients. 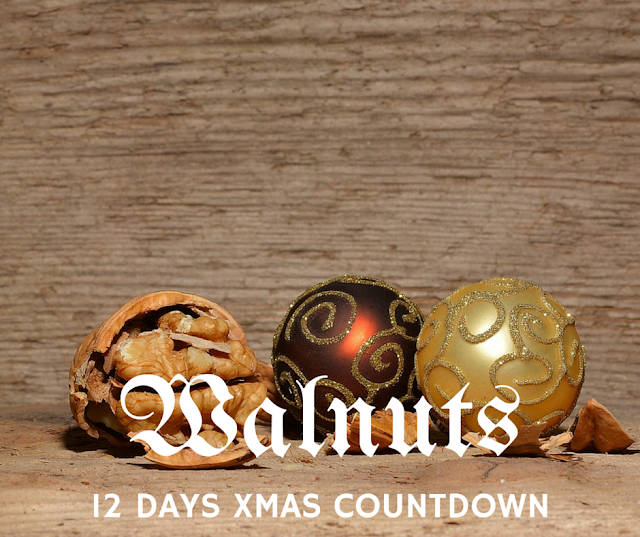 For the study, a sample of 46 adults aged 30-75 were selected. Participants had a Body Mass Index larger than 25, and a waist circumference exceeding 40 inches for men and 35 inches for women. They were also required to be non-smokers, and all exhibited one or more additional risk factors for metabolic syndrome, a precursor of diabetes and cardiovascular disease. The group was randomly assigned to two 8-week sequences of either a walnut-enriched ad libitum diet or an ad libitum diet without walnuts. Those chosen for the walnut diet were instructed to consume 56g of shelled, unroasted English walnuts per day as a snack or with a meal.

The study results found that a daily intake of 56g of walnuts improves endothelial function in overweight adults with visceral adiposity. The addition of walnuts to the diet did not lead to weight gain. Although there still needs to be more research on this topic in the future.

Walnuts don't have as many calories as you thought...

Walnuts, even thought they're good for you carry a lot of calories and could be fattening, but it turns out, thanks to a new study, that walnuts actually have 21% less calories than previously thought!

The researchers  with USDA’s Agricultural Research Service found that a typical 28-gram serving actually contains 146 calories, 21 percent fewer than the 185 calories currently assigned by the USDA.  The study, published in The Journal of Nutrition, was partially funded by the California Walnut Commission.