By Mariam Z. December 18, 2015
Working through the Christmas platter, today's post will be on cranberries. Scientists have been researching the antibiotic properties of cranberries. Particularly, they are shedding light on the biological mechanisms by which cranberries may have protective properties against urinary tract and other infections. 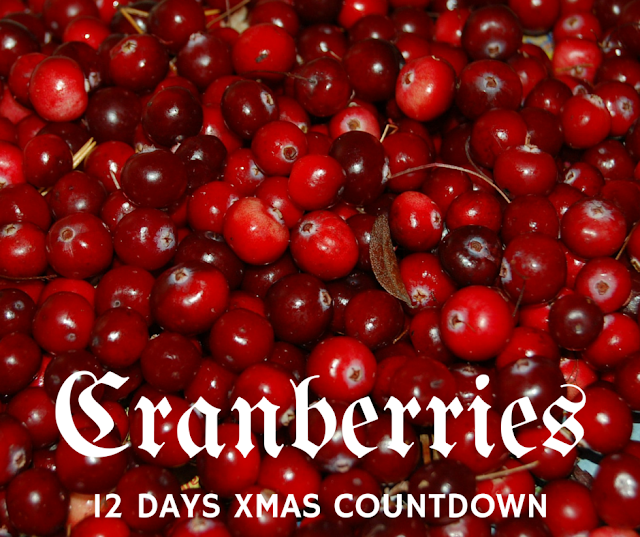 In 2011, a study was published in the journal Food Science and Biotechnology, where they tested proanthocyanidins (a.k.a PACs), a group of flavonoids which are found in cranberries. These molecules are thought to give cranberry juice its infection-fighting properties and prevent precursors of bacterial infections. But the scientific report actually showed that cranberry juice, itself, is far better at preventing biofilm formation, which is the precursor of infection, than PACs alone.
Camesano's lab explores the mechanisms that the virulent form of E. coli bacteria, the primary cause of most urinary tract infections (UTIs) in people, uses to form biofilms. This strain of E. coli is covered with small hair-like projections known as fimbriae that act like hooks and latch onto cells that line the urinary tract. When enough of the virulent bacteria adhere to cells, they form a biofilm and cause an infection. Previous work by Camesano's lab has shown that exposure to cranberry juice causes the fimbriae on E. coli to curl up, reducing their ability to attach to urinary tract cells.
They incubated two different strains of E.coli in  two different mixtures of cranberry juice cocktails (commercially bought cranberry juice). The researchers also incubated E.coli separately in the presence of PACs, but not juice. Even though the juice cultures completely prevented biofilm formation, the PACs showed only limited ability to reduce biofilm formation, and only after extended exposure to the E. coli.

Further research...
Results published online, in 2013, in the Canadian Journal of Microbiology by Prof. Tufenkji and her team have reported that cranberry powder can inhibit the ability of Proteus mirabilis (a bacterium which is regularly found in complicated UTIs) to swarm on agar plates and swim within the agar. When they increased the concentrations of cranberry powder, they were able to reduce the bacteria's production of urease, an enzyme that contributes to the virulence of infections.

These results come after previous results gained by McGill lab, showing that cranberry derivatives are able to hinder movement of other bacteria involved in UTIs. Via a genome-wide analysis of an uropathogenic E. coli, the researchers revealed that expression of the gene that encodes for the bacteria's flagellar filament was decreased in the presence of cranberry PACs.
These findings are very important because the way a bacterium moves is the essential mechanism for the spread of infection; since infectious bacteria literally swim to spread in the urinary tract and to escape the host immune response.

Continuing their work, Tufenkji and her team, in collaboration with McGill professor Showan Nazhat, a biomaterials expert at the Department of Mining and Materials Engineering, found that cranberry-enriched silicone substrates disabled the spread of Proteus mirabilis. Published in the journal Colloids and Surfaces B: Biointerfaces, point to potential use for cranberry derivatives to hinder the spread of germs in implantable medical devices such as catheters, which are frequently implicated in UTIs.