By Mariam Z. December 12, 2015
I've just recently started a new job which took up most of my thinking space, I didn't really think about any Christmassy posts on my blogs.  So come December, Compound Interest started his Christmas 2015 advent calendar which is amazing and a really great way to integrate Christmas into chemistry (go check it out now!) and it also encouraged me to start my own mini-Christmas series.

So, I'm starting a countdown till Christmas. For the 12 days till Christmas, I will be choosing something related to Christmas and providing a little interesting scientific story on each Christmas-related thing. 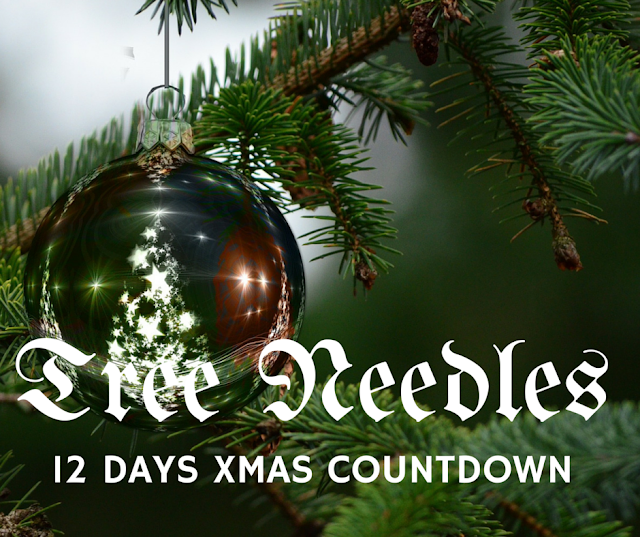 The first post in the countdown is on how scientists have found  a way to keep Christmas tree needles from falling off. Researchers at Université Laval, in collaboration with Nova Scotia Agricultural College, have discovered what causes Christmas tree needles to drop off, and how to double the lifespan of Christmas trees in homes. The authors reported their findings in a previous issue of the scientific journal Trees. The scientists have discovered that the plant hormone, ethylene, is responsible for needle loss. After ten days the branches began to produce ethylene and, three days later, the needles began to drop.

After 40 days, the branches were completely bare. To test that the needle loss was in fact due to the ethylene, the researchers used two chemical compounds that interfere with this hormone: 1-MCP and AVG. After the exposure to each of the chemical compounds, seperatelty, the needle retention period rose to 73 and 87 days, respectively. Tree buyers will benefit from this because the researchers found that the compound AVG (aminoethoxyvinylglycine) is dissolvable in water, which can then be added to the tree stand, prolonging the tree's lifespan indoors. Although this research has only been proven only on branches, they still have to prove that this works for the whole tree.