By Mariam Z. December 24, 2015
Today's final post in the series will be on the science behind Santa's sleigh. Scientists at the North Carolina State University have analyzed and researched how Santa is using the latest scientific resources and technologies on his sleigh (that aren't scientifically available to us yet) to deliver everyone's Christmas presents. 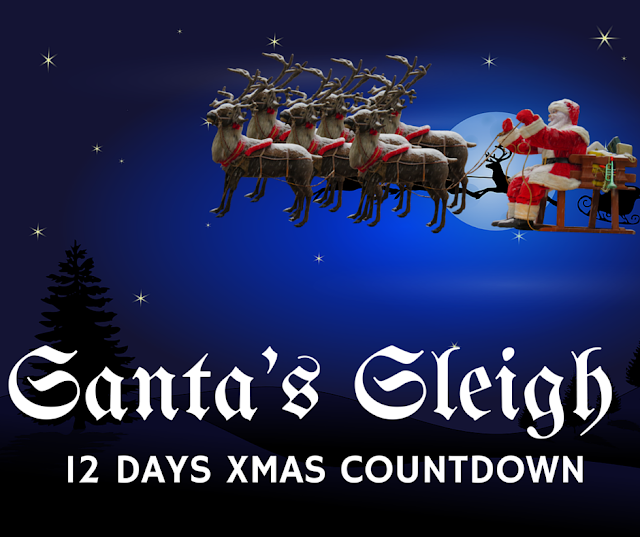 To deliver all the presents on time Santa's sleigh has to be a million times more advanced than any modern form of air transportation. The truss of the sleigh, including the runners, are made of a honeycombed titanium alloy that is very lightweight and 10 to 20 times stronger than anything that exists or that's being worked on in labs today. But it doesn't just stop there....

The truss can also morph, changing its shape slightly to improve its aerodynamics – allowing it to cut through the air more efficiently. The runners on the sleigh, for example, are a little bit flexible; this allows the runners to be tucked in to be more aerodynamic during flight, and then spread out to provide stability for landing on different surfaces – including various roofs around the world - no matter how step they are.

The sleigh also has the most advanced electronics which includes  laser sensors that can detect upcoming thermals and wind conditions to find the optimal path. This makes the flight smoother and more energy efficient and, as all aerospace engineers know, efficiency is essential.

Since the ride has to be smooth and effcient, the sleigh has been developed with a a nanostructured “skin” for the sleigh that is porous and contains its own low-pressure system, which holds the air flowing around the airborne sled onto the body, reducing drag by as much as 90 percent.
This post was written by the scientists at NC State University (original post below) who have been trying to get their head around these impossible aerodynamic features of Santa's sleigh.