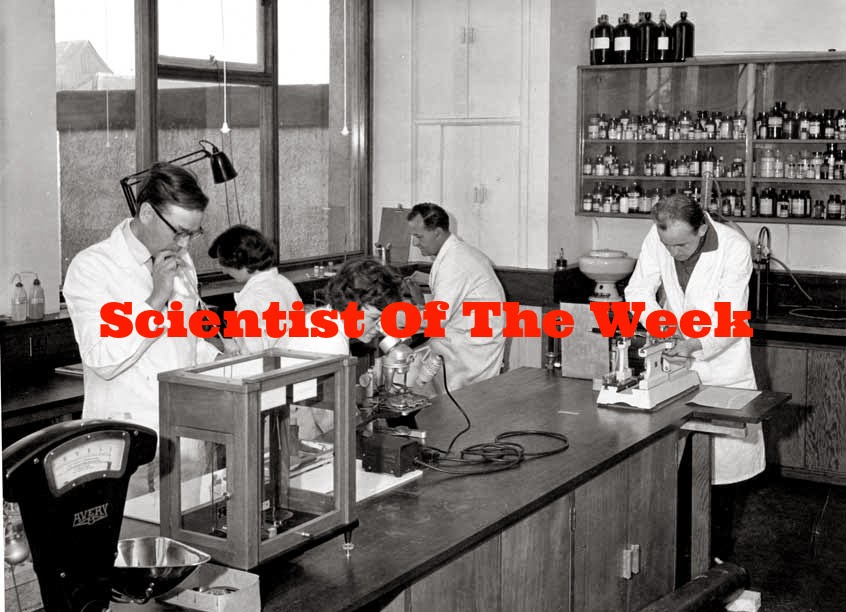 For this week’s Scientist of the Week segment, I have chosen: Maud Leonora Menten of the Michaelis-Menten equation famous for her core work in biochemistry, taught in college, used daily in biochemistry research and applications. She was amazing and relentlessly pursued her work despite many obstacles.

Maud Menten was born March 20, 1879 in Port Lambton, Ontario, Canada and studied medicine at the University of Toronto (B.A. 1904, M.B. Physiology 1907, M.D. 1911). She was among the first women in Canada to earn a medical doctorate. She completed her thesis work at University of Chicago.

Miss Menten was woman who wore “Paris hats, blue dresses with stained-glass hues, and Buster Brown shoes.” She drove a Model T Ford through the University of Pittsburgh area for some 32 years and enjoyed many adventurous and artistic hobbies.

She was an extremely motivated and a hard-worker; she continued to work all her life until she was too sick to no longer work.  Menten was so dedicated to her work so she learnt to communicate in German and was able to communicate in a total of 6 languages throughout her life including Russian, French, German, Italian, and at least one Native-American language.

Miss Menten headed for Germany by ship, in the same year that the Titanic had sank, despite being advised not to. She was determined to work with Leonor Michaelis- the well-known, German, biochemist.  They worked together to solve the mystery of enzyme kinetics, studying the rates and mechanisms of enzymatic reactions. Together they devised the Michaelis-Menten Equation, the famous equation that is vital till today which calculates the rate of an enzyme reaction and is taught to all biochemistry undergraduates today.

After travelling from Germany to the USA, Miss Menten continued her PhD in 1916 worked at the University of Pittsburgh (She was awarded a professorship in 1950). She then went to become a pathologist at the Pittsburgh Children’s Hospital in 1926 where she studied histochemistry and paediatric pathology.

She’s credited for having conducted the first separation of proteins by electrophoresis, and she developed a staining method using azo dyes that’s still used in histochemistry today. In 1950 Menten retired and returned to Canada where she continued to work here she continued to do cancer research at the British Columbia Medical Research Institute till 1955.

Over her entire career she wrote and co-wrote about 100 research papers, many of which are historic contributions.

She may not have won one but she definitely deserved one!

“I’ve stirred them up, so now I can go.” - Maud Leonora Menten