By Mariam Z. March 17, 2015
A new molecule making machine could imitate 3-D printing, making it fast, flexible and accessible to everyone. This machine can assemble small, complex molecules at the click of a mouse. This automated process has the potential to greatly speed up and enable new drug development and other technologies that rely on small molecules. 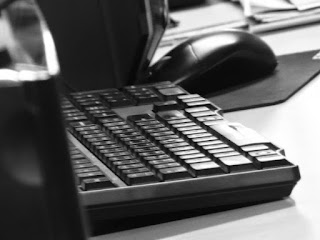 "Small molecules" are a specific class of complex, compact chemical structures found throughout nature. They are very important in medicine -- most medications available now are small molecules -- as well as in biology as probes to uncover the inner workings of cells and tissues. But small molecules are also very difficult to produce in a laboratory, and it takes a highly experienced chemist to find out how make a certain small molecule before its properties could be understood. This makes drug research slow and hinders its development.

"Up to now, the bottleneck has been synthesis," Burke said. "There are many areas where progress is being slowed, and many molecules that pharmaceutical companies aren't even working on, because the barrier to synthesis is so high."

How do you take something very complex and make it as simple as possible?

The theory behind the machines is to break down the complex molecules into smaller building blocks that can be easily assembled.

To make the assembly process automated, Burke's group devised a simple catch-and-release method that adds one building block at a time, rinsing the excess away before adding the next one. They confirmed that their machine could build up to 14 different categories of small molecules.

"Dr. Burke's research has yielded a significant advance that helps make complex small molecule synthesis more efficient, flexible and accessible," said Miles Fabian of the National Institutes of Health's National Institute of General Medical Sciences, which partially funded the research. "It is exciting to think about the impact that continued advances in these directions will have on synthetic chemistry and life science research."

The automated synthesis technology has been licensed to REVOLUTION Medicines, Inc., a company that Burke co-founded that concentrates on creating new drugs based on small molecules found in nature. The company initially is focusing on anti-fungal medications, in which Burke's research has made a lot of progress.