Bacteria Decides if you’ll be Fat or Thin 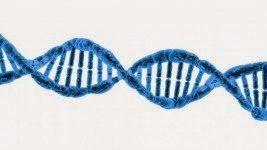 Some people can’t lose weight and some people can’t put it on and I’m one of those people that people hate because I can eat whatever I want without gaining a pound whilst my friends find it extremely difficult to lose weight and all that is because we have different metabolisms to each other. It’s also a well known fact that we get our looks from our parents so it won’t be a surprise if I tell you that we also inherit our weight from our parents too.

The first research of its kind has found that the existence of a particular type of bacteria in our gut has the potential to determine if the person will be fat or thin and it can actually be inherited through our DNA not just by our environmental factors.
The study was conducted at Kings College London in the Department of Twin Research who collected more than a thousand faecal samples from 416 pairs of twins and sequenced the genes of each person. They found that certain types of bacteria were more abundant and similar in identical twins and much less in non-identical twins and this research proves that our genetic makeup influences the composition of bacteria in our gut.

One type of bacterium in our gut called “Christensenellaceae” was more abundant in individuals of low-body weight in large numbers and less in heavier individuals. They then went onto researching the effect of this bacterium by injecting it into mice. Mice which were injected with the bacterium gained less weight than the un-treated mice signifying that this bacterium is highly heritable and easily found in thin people and also discourages weight gain.

Up until recently, the reason for weight gain / loss has been explained by the environmental factors, health and dietary changes people go through and it wasn’t popularly linked to our genetic makeup however our DNA plays a big role in our weight which explains why people can’t gain weight no matter what they do and others gain weight just by thinking of food.