By Mariam Z. September 02, 2014
Bacterial mutation can be caused by a number of factors, such as genetic mutation and genetic transfer. This mutation causes them to become resistant to antibiotics, making life harder for researchers and starting a new strain of resistant bacteria which could potentially be life threatening. 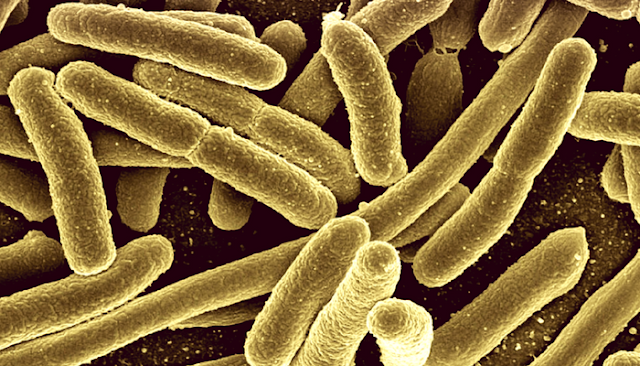 Other factors that cause resistance are:

Escherichia Coli occurs naturally in the human gut; however certain strains can lead to infections. One strain of E. coli became resistant to Streptomycin. This strain can cause blood stream infections. Superbugs are usually derived from multiple strains however E. coli bacteria belong to just one closely related strain.

In 1988 a new study arose, led by Richard Lenski [2], who has set to research the possibilities of mutations of E. coli called the E.coli long term evolution experiment. Lenski initially started off with 12 replicate populations of E. coli and now have evolved to 60,000 generations. These bacteria have been put under harsh laboratory conditions and Lenski has researched how they evolve, and genetic mutations (followed by genetic markers) to determine how E. coli evolves according to the harsh conditions.

This research helps researchers track the activity of E. coli and try to arrange new antibiotics or use existing antibiotics or antibiotic combinations to eradicate the bacterium.
A study in 2007 by Kishony et al [3] found that by using a combination of suppressive antibiotics they could cause drug –resistant bacteria to lose in competition with the non-resistant bacteria.  This method was tested on E. coli bacteria that are resistant to tetracycline antibiotics in the presence of doxycycline (a member of the tetracycline family, which encourages growth of the resistant strain of E.coli).  However when the quinolone antibiotic called ciprofloxacin, was used, the two antibiotics worked to eradicate the mutated resistant E. coli and the non-resistant E.coli survived.