By Mariam Z. August 15, 2014
Social media is full of health gurus that are obsessed with healthy eating and exercise and what they can drink to maintain their energy during workouts. This is where coconut water comes in. Coconut water (biological name Cocos nucifera L.) is sometimes compared to energy drinks and glorified about for its great benefits and hydrating properties. It is even now more widely available in grocery stores than previous years.

The hydrating drink is known to have a bunch of nutritious benefits and is harvested from green coconuts that are still unripe. Coconut water is low in calories, rich in antioxidants and electrolytes (such as the inorganic ion: potassium), it is also low in fat and cholesterol free and has elevated amounts of vitamin C. 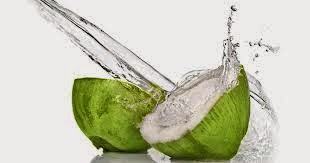 Sports enthusiasts drink coconut water instead of energy drinks to stimulate muscle repair quicker to get rid of cramps and replenish nutrients that were lost from the body during workout.
The extracted water is rich in potassium ions (K+) that are essential for the electrical activity needed to support muscular contractions and the cation maintains the transmission of nerve impulses and muscle contraction. Potassium ions control the osmotic pressure of cells via the transfer of water through a membrane against the concentration gradient (from a higher concentration to a lower concentration).[2]
Aside from the all nutritional benefits, a common misconception is that coconut water has been used for intravenous hydration in cases that concern critically ill and dehydrated patients in the short term if normal intravenous saline solution is not available [1]. And many rumours went around stating that coconut water has similar consistency to blood plasma and can be given as a hydrating IV drip. However this research has since been shot down and it’s been stated that coconut water shouldn’t replace normal saline IV drip and it was only used as an IV drip in World War II. [3, 4] 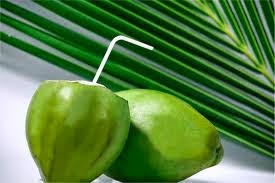 In summary coconut water is beneficial drink and has many nutritious values but should also not replace normal water and should also be enjoyed as part of a healthy diet. Enjoy!