A new hope for Parkinson’s disease …?


First of all I’d like to dedicate this blog post to my late uncle who was a victim of Parkinson’s disease. May he rest in peace…

Parkinson’s disease was discovered by James Parkinson in 1867 and had initially called it “Shaking palsey”. Parkinson’s is the 2nd most common neurodegenerative disease after Alzheimer’s, and can be identified by shaking hands (tremor), rigidity and posture instability; cased by the loss of neurons in the Substantia Nigra (in the brain), and the lack of dopamine (dopamine smoothes out skeletal muscle movements) due to the death of dopaminergic neurones in the Substantia Nigra (black substance) in the brain and also the accumulation of lewy bodies. Other symptoms of Parkinson’s are shuffling gait, depression and anger.

It is prevalent in elderly people age 60-85 years. It is difficult to know if Parkinson’s is genetically caused but research goes into looking at relatives of Parkinson’s patients and the presence of lewy bodies in their brains. However there is still a very low amount of evidence for mutations of DNA and onset of Parkinson’s therefore research goes into genetics and environmental factors for the onset of this neurodegenerative disease. 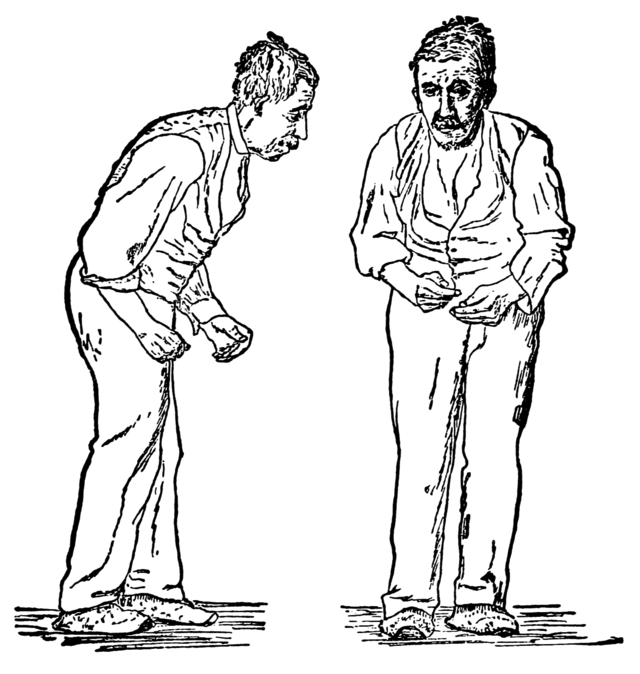 Currently Parkinson’s is treated by the usage of dopamine (the neurotransmitter that isn’t available in PD patients) along with the drug L-dopa as it cannot be administered alone; Dopamine cannot cross the blood brain barrier without being broken down by MaoB, (Monoamine Oxidase B) or COMT (Catechol-O-Methyl-Transferase).

And another treatment for PD is the Prosavin injection. Prosavin is still in Phase I and II clinical trials by Oxford Biomedica. Prosavin is a type of lentiviral gene-based therapy that transfers genes coding for 3 enzymes (proteins) into the Substantia Nigra [3]:


This treatment tries to restore and maintain the Dopamine levels in Parkinson’s patients and it was found that patients reacted well to Prosavin and improved motor activity in patients was found.

Other methods of research go into enzymes and mutations in proteins that could be the possible reason behind the onset of Parkinson’s disease, contrary to the dopamine pathway.
Research done by Toyoda et al suggested that the DJ-1/Park 7 gene is related to Parkinson’s and can influence mitochondrial activity. The DJ-1 enzyme is known to help prevent mitochondrial stress and this could mean there could be a mutation in the DJ-1 gene that could possibly lead to Parkinson’s [1]

A single cystiene mutation in the DJ-1 protein could decrease the body’s defences against oxidative stress and increase copper cytotoxicity discovered last year by a team led by Dr Odell et al. DJ-1 prevents oxidative stress by transporting a copper ion to the SOD1 metalloenzyme that destroys free superoxide radicals in the body. However a single mutation in the enzyme means that it will no longer be able to bind copper at the cystiene residues and therefore will not be able to counteract oxidative stress. [2]

The DJ-1 protein has been the centre of Parkinson’s disease research for a long time. DJ-1 is predicted that it protects the mitochondria by maintaining the electrochemical potential across the mitochondrial membrane; to maintain energy manufacture.

Toyoda et al manipulated HeLA strains of human cells to see the way they would react to the suppression of the DJ-1 protein, which decreased the mitochondrial potential and administering the products of the DJ-1 enzyme; glycolic acid and D-lactic acid, restored the membrane potential.

Further research goes into whether the products of the DJ-1 enzyme can be administered as a new therapeutic approach for Parkinson’s disease and finding a new breakthrough discovery.