By Mariam Z. August 26, 2015
MRSA (methicillin-resistant-staphylococcus aureus) is a type of bacteria which is resistant to a number of widely used antibiotics, therefore making it one of the most difficult to treat bacterial infections. 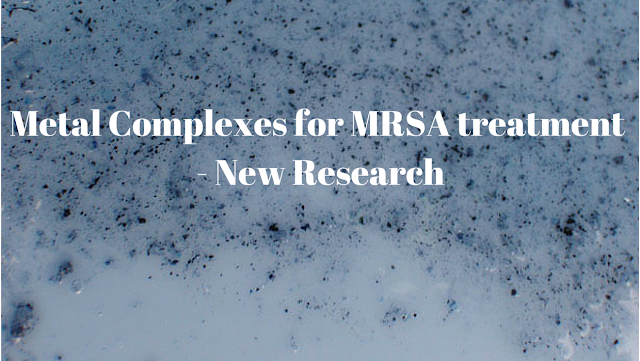 Nicknamed the “superbug”, MRSA is prevalent in hospitals and it is spread via skin-to-skin contact. [1] People staying in hospital are most at risk of becoming infected with MRSA because: (1) they're surrounded by a large number of people, which means the bacteria can spread more easily, (2) they often have an entry point for the bacteria to get into their body, for example: a surgical wound and (3) they may have serious or complex health problems, which makes them more vulnerable to infection.

MRSA poses a constant strain on healthcare services, particularly in Europe and the United States; even though the rates of MRSA have fallen considerably over the years. In the 2012 report, the numbers fell from 1.8% - in 2006 - of patients affected to less than 0.1% in 2012, thanks to better awareness of the disease and stricter precautions taken in hospitals. [2]

Scientists need to find new ways to combat antibiotic resistant bacterium; in this case it is MRSA.
Originating from Virginia, USA, a team of scientist from Virginia Tech Centre for Drug discovery are researching a potential new group of anti-microbial drugs which have been proven to “kill 99% of S. aureus in 6 hours” in vitro (in glass). [5]

Previously there has been an extensive body of work on transition metal complexes and their anti-cancer properties, but little on anti-microbial activity. Professor Joseph Merola and his colleagues aim through their research to prove that these new metal complexes will be able to become a big part in eradicating MRSA in the near future.

Earlier on, the researchers have reported that organometallic complexes based on iridium and rhodium are potent inhibitors of the genus mycobacterium in vitro. They then took this research further to test a group of transition metal complexes on S. aureus and MRSA.

This research is specific for S. aureus only and not for any other type of microorganisms.
In the near future, this novel class of antimicrobials will become part of overcoming antibiotic resistance in S. aureus.

Sounds great, but will this work on humans?

Since this research is still in its early stages, further investigations will need to be undertaken before this potential “antibiotic” can be given to the public. The one type of metal complex was tested on mice and showed no detrimental cytotoxic or haemolytic activity, even at doses of 5mg/kg. [5] The scientists will also be investigating oral administration in mice in the near future and reporting on their findings.[4]

Professor Merola commented: “We have no misconceptions that we have created a “miracle drug” or anything like that.  There is a lot more work needed before we can say if these are safe and viable compounds.  However, we have found a resistance to even consider these compounds in reviews of our papers and of our grant proposals and I think that is very short-sighted.  Research on these compounds should not be discouraged because of a bias against metal complexes - we can never say where basic research will lead.”