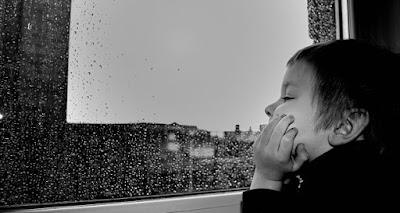 Scientists have found that intestinal bacteria play an important role in inducing anxiety and depression.

Published in Nature Communications, the new research is the first of which studies the role of intestinal microbiota in the altered behaviour that is a consequence of early life stress. Previously there has been little research on this subject. All scientists knew was that intestinal bacterium can affect behaviour, but this was all based upon research conducted on healthy mice.

[Definition:  Microbiota - noun – the microorganisms of a particular site, habitat, or geological period.]

"We have shown for the first time in an established mouse model of anxiety and depression that bacteria play a crucial role in inducing this abnormal behaviour," said Premysl Bercik, senior author of the paper and an associate professor of medicine with McMaster's Michael G. DeGroote School of Medicine. "But it's not only bacteria, it's the altered bi-directional communication between the stressed host -- mice subjected to early life stress -- and its microbiota, that leads to anxiety and depression."

Within this study, the researchers subjected mice to early life stress with a procedure of maternal separation, meaning that from day three to 21, newborn mice were separated for three hours each day from their mothers and then put back with them.

Initially, Bercik and his team confirmed that conventional mice with complex microbiota. These mice also showed gut dysfunction based on the release of a major neurotransmitter, acetylcholine.
After that, they repeated the same experiment in germ-free conditions and found that in the absence of bacteria mice which were maternally separated still have altered stress hormone levels and gut dysfunction, but they behaved similar to the control mice, not showing any signs of anxiety or depression.
Subsequently, they found that when the maternally separated germ-free mice are colonized with bacteria from control mice, the bacterial composition and metabolic activity changed within several weeks, and the mice started exhibiting anxiety and depression.
"However, if we transfer the bacteria from stressed mice into non stressed germ-free mice, no abnormalities are observed. This suggests that in this model, both host and microbial factors are required for the development of anxiety and depression-like behaviour. Neonatal stress leads to increased stress reactivity and gut dysfunction that changes the gut microbiota which, in turn, alters brain function," said Bercik. He said that with this new research, "We are starting to explain the complex mechanisms of interaction and dynamics between the gut microbiota and its host. Our data show that relatively minor changes in microbiota profiles or its metabolic activity induced by neonatal stress can have profound effects on host behaviour in adulthood."
Bercik said this is another step in understanding how microbiota can shape host behaviour, and that it may extend the original observations into the field of psychiatric disorders.


"It would be important to determine whether this also applies to humans. For instance, whether we can detect abnormal microbiota profiles or different microbial metabolic activity in patients with primary psychiatric disorders, like anxiety and depression," said Bercik.
Email Post
Labels: bacteria depression health