The Mystery of the Yellow Taj Mahal 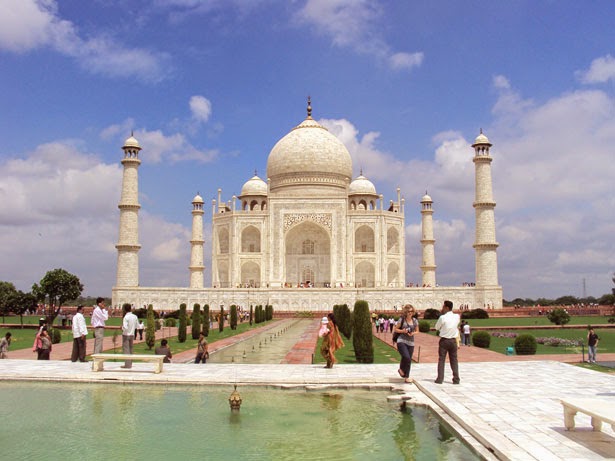 Back in 1631 the emperor Shah Jahan built the Taj Mahal for his deceased wife, Mumtaz Mahal, to honor her memory . It is regarded as one of the seven wonders of the world. Sadly this wonder is becoming tarnished by the day. Due to pollution, the Taj Mahal marble is starting to turn yellow.
Even though, every couple of years the mausoleum is given a clay mask to remove all the grime and restore the sparkling white marble, the grime returns over and over again every few years.


This phenomenon was researched by scientists who published their research in the ACS journal Environmental Science & Technology. They took samples of the grime found on the marble surface of the magnificent dome and minarets. They then concluded that car and factory exhaust fumes release carbon which resides on the marble as black/brown soot, which reflect the sunlight of the marble giving off a yellow colour to the marble.

The scientists hope to utilise this information to detect and lower traffic around the Taj Mahal and to also aid in the reduction of pollution, reduce the yellowing of the mausoleum, and improve the air quality.