Don't believe the science lies: Wear your coat or you’ll get a cold! 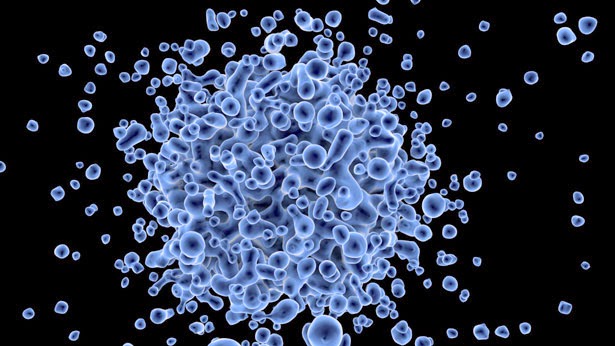 Can you really catch a cold when it’s cold outside? It turns out that actually staying warm can be useful and our mums were right in telling us to wrap up and keep warm and to wear a jacket when we go out.

Rhinovirus is the most common cause of cold and an initiator of asthma exacerbations. Viruses work by first entering the cells via adsorption and then use the cells complex mechanisms to replicate the virus genome and to produce viral capsids carrying the viral progeny. These capsids are then released from the cells which can go onto other cells to infect them.  However they don’t infect all the types of cells of the body. They only infect the cells which match the receptor proteins on the surface of the viral capsid and the surface of the host cell.

A study conducted by Foxman et al found that the common cold virus replicates rapidly at temperatures of 33-35°C in the nasal cavity. To research this idea further Foxman et al studied on mice. They infected a group of mice in the primary mouse airway epithelial cells with the rhinovirus and adjusted the test groups into two groups: one at 33°C and one at 37°C; they then proceeded to measure the expression of antiviral defence response genes at each of the temperatures.

The results showed that there was a higher amount of IFN-stimulated genes in the 37°C group and less in the 33°C group. Meaning there was a slower immune response in the group of mice which were regulated at 33°C. The results then concluded that optimum temperature for replication of the cold virus is under the body’s core temperature around 33°C.

This research proves that it is definitely beneficial to keep warm, especially in the winter so we don’t give viruses a chance to replicate in our bodies and render us bed-ridden when we could be celebrating the holidays and going to work without feeling like a walking virus. The researchers also hope to research further other viruses and how they are affected temperature-wise and also to research the effect of change of temperature on childhood asthma.
_____________________________
References
[1] Yale University. "Cold virus replicates better at cooler temperatures." ScienceDaily. ScienceDaily, 5 January 2015. <www.sciencedaily.com/releases/2015/01/150105170014.htm>.