Why you can rarely get Vitamin D poisoning...

By Mariam Z. May 23, 2015
Vitamin D refers to a group of fat-soluble secosteroids (a subclass of steroids that consist of “broken” ring structures) that are responsible for the intestinal absorption of calcium, iron, magnesium, phosphate and zinc. The major natural source of the vitamin is in the skin. For vitamin D to be activated from cholesterol (via the skin) it requires sunlight to initiate the activation (especially UVB radiation); you can also obtain vitamin D from food, such as oily fish (salmon, sardines, cod liver oil etc...) and some fortified foods. Vitamin D has been shown to boost bone health and it may play a role in preventing diabetes, cancer, cardiovascular disease and other illnesses. 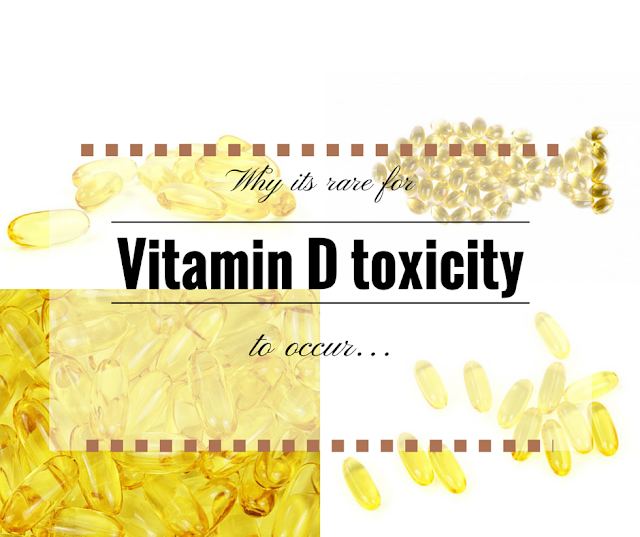 A study conducted from 2002-2011, from patients in the Rochester Epidemiology Project, a National Institutes of Health-funded medical records pool that makes Olmsted County, Minnesota, USA, the home of Mayo clinic. Mayo Clinic is is one of the few places worldwide where scientist can share and study virtually an entire geographic population to identify health trends.

They found that an overdose of vitamin D was very unlikely to happen, even if levels raised more than 50 ng/mL; the given highest dose allowed in the blood in between 20-50ng/ml. The scientists took over 20,308 measurements, 8% of people had levels greater than 50 mg/mL and less than 1% of the people had levels of over 100 ng/mL.

"We found that even in those with high levels of vitamin D over 50 ng/mL, there was not an increased risk of hypercalcemia, or elevated serum calcium, with increasing levels of vitamin D," said study co-author Thomas D. Thacher, M.D., a family medicine expert at Mayo Clinic.

They also found that females over the age of 65 were more at risk of having very high vitamin D levels in their blood, which is expected since that group usually, takes vitamin D supplements.

Another notable outcome: The occurrence of high vitamin D levels over 50 ng/mL increased during the 10-year period of the study, from nine per 100,000 people at the start of the study up to 233 per 100,000 by the end.

"We were surprised by that degree of dramatic increase in vitamin D levels," Dr. Thacher said.

"Our bodies will naturally produce vitamin D when our skin is exposed to sunlight, however, we don't recommend excessive exposure to sun due to the risk of skin cancer," Dr. Thacher added.

Although, it has been recommended that doctors and GP’s always ask their patients whether they take vitamin D supplements, since some may consume capsules which contain 50,000 IU of vitamin D and if taken on a daily basis, it could lead to toxicity.