Previously titled: NOOTROPICS, AKA "SMART DRUGS" - DO THEY REALLY WORK? 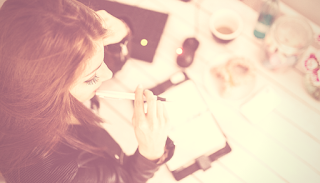 Have you heard of nootropics before reading this blog post? Or "Smart Drugs" or "Brain Enhancers" as they're called? These are drugs that claim that they supposedly turn you into a genius and "improve your cognitive abilities" and have been targeted towards everyone who feels that they want to boost their brain's capabilities especially when studying or at work.
But do you actually know what’s in these "smart drugs"??

When you're a student you try to make the most of your time by staying up late cramming in last-minute information. This is also coupled with copious amounts of coffee and some students will even resort to taking energy tablets or even Nootropics to boost their concentration and productivity.


Within this blog post, I will be going through some of the most popular supplements and some of the traditional methods people use to boost their cognitive abilities. They are all different forms of Nootropics - the umbrella term given to drugs and supplements that claim to boost brainpower.

N.B glucose is not a nootropic but it's sold as a quick energy fix for those who are always on the go, so it's beneficial to mention

Glucose, when ingested in the body, is converted to energy and the aim of glucose tablets is to boost blood sugar levels when they are low. Glucose tablets provide glucose in the form of dextrose and are only recommended as part of a healthy diet, and to only help people with low blood sugar levels and prevent hypoglycaemia. Noone should replace their regular meals during the day with these tablets as they won't provide you with the necessary vitamins and minerals you need to function as a normal human being.

ARE NOOTROPICS BRAIN ENHANCERS? OR MONEYGUZZLERS?
The word nootropic is used to describe pills/supplements/substances that have an effect on cognition and it comes from the Greek language, translated as "to bend or shape the mind".  “Smart drugs” / nootropics are a type of medication designed to increase brain power and are sold as supplements. They alter the concentrations (levels) of our neurotransmitters (norepinephrine, dopamine, serotonin) that regulate our cognitive function. Some nootropics include Adderall for ADHD, psychedelics, and even coffee. Medications that have the ability to change your brain chemistry can have varied side effects on the person taking them and can range from simple jitters to outright psychosis from excessive use and insomnia. 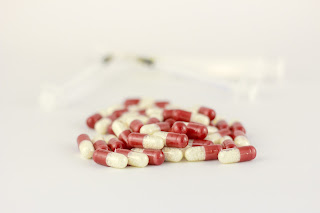 There are health risks associated with energy drinks and tablets, including caffeine overdose. Going over the recommended amount of caffeine per day can be lethal to the human body and can lead to a number of symptoms, including heart palpitations, high blood pressure, nausea and vomiting, convulsions and, in rare cases, even death.  Caffeine is meant to be enjoyed as part of a healthy, balanced diet, keeping within the daily recommended limits of caffeine ingestion.

The most common drug that some people abuse is Modafinil. Modafinil is a medication originally intended to treat narcolepsy (a sleep disorder) and people have taken them instead to stimulate their central nervous system, making them highly alert, productive whilst also curbing their appetites.

These are all sold illegally between students and from online, overseas retailers without a prescription. Other “smart drugs” include sulbutiamine, racetams and ampakines - all of which are narcotic medications, abused by some people for increased concentration and can easily be found online, sold by a variety of unregulated online sellers. So nobody knows for sure what is actually in these pills.

Many research studies have shown that these nootropics don't improve your concentration or cognitive abilities to a significant or even noticeable degree. One study even showed that it slowed down the responses of the participants in a randomised-controlled-trial. They also have many side effects including anxiety, nausea and skin reactions. These drugs can also make the person dependent on them and withdrawal from them is a long and arduous process. It turns you into the opposite of the person you were when taking the tablets: lazy, unproductive and ravenous for food. 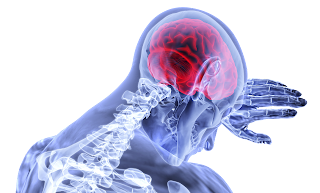 The European Medicines Agency has agreed that Modafinil should only be used for the treatment of narcolepsy and all other narcotic drugs should only be used for their intended purposes, they should not be abused by healthy people because we still don't know what the long-term effects of these drugs are and what happen you alter your brain chemistry with these types of drugs.

These are the alternatives to "smart drugs" mentioned above. They are promoted as healthy, natural supplements in the forms of drinks or pills that supposedly boost your cognitive abilities.  These come in the form of pills, tea bags to be steeped in warm or cold water and bottles of drinks containing a cocktail of vitamins and "nutrients" that promise "mental clarity, better memory and lasting energy".  This includes vitamin B complex, L-theanine, Taurine, Omega fish oils and even Mucuna Pruriens, for example, is a source of L-Dopa - the drug responsible for replacing the lack of dopamine in  Parkinson's disease.

These may even include significantly higher amounts of vitamins than the daily recommended intake by regulation authorities like the FDA in the USA and the EMEA in Europe.

A journalist writing for Vox even tried a variety of different nootropics "to buy a better brain" and found they did not affect her in any way. She lists a wide range of popular brands selling anti "brain-fog" supplements - with some even mixed with CBD (marijuana). Yep, you read that correctly. You can read her underwhelming experience here.

It's also important to note that these "supplements" compared to prescription medications are highly unregulated, no one has fully tested for their safety or long-term effects, making this a limitless market. They play on the fact that we, as humans, are competitive; competitive in our studies, and even in our careers. Therefore, they are marketed as a quick fix, as simple as swallowing a pill or consuming a drink, that will give you an edge over your competitors and make your brain work like a superbrain compared to someone who doesn't take nootropics.

Many drugs have been used outside of their licensed indication (treatment of narcolepsy/ADHD/Parkinson's) to enhance cognitive performance even though it is not recommended to do so and prescription-drugs must only be used for their prescribed use. More research is needed into this class of drugs on how they work and their side-effects on the human body.

You shouldn't be putting your brain or health at risk in order to succeed in your studies or your career. We live to work not work to live. Our brain is not the only organ that allows us to successfully study or memorises and process information, our body works as a whole, so all of our organs work together to allow us to function normally. No pills or drinks can provide a replacement for a healthy diet nor can they significantly enhance your cognition. But if you're still looking for a way to improve your cognitive function, there’s strong evidence that regular exercise improves memory and fends off age-related cognitive decline, as published in the journal: Medicine and Science in Sports and Exercise. And, obviously, a good, healthy and balanced diet!