Everything You Need To Know About Solar Geoengineering 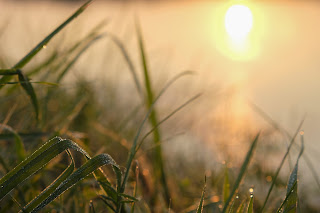 This post will be providing most of the known types of solar geoengineering and also critically looking at where this research places us in the battle against climate change. I’m going to keep this as brief as possible so you don't get bored but also full of detailed explanations.

N.B. When I mention “cooling the planet”, below,  I mean by only one or two degrees Celcius maximum.


The aim of SRM is purely to lower global temperatures, nothing else. This does not completely solve the problem of climate change because greenhouse gasses will continue to rise if we don’t do anything to prevent that from happening.

This isn’t a completely new concept. It's derived from a naturally occurring phenomenon: when volcanoes erupt they spew millions of millions of tonnes of reflective sulphate particles (in the form of sulfur dioxide, hydrogen sulfide or sulfuric acid) into the stratosphere. So this technique aims to send an aeroplane of a gigantic “balloon” carrying reflective aerosols and injecting them into the stratosphere. These aerosols can act as reflectors that reflect the sun's rays away from the earth's atmosphere and result in global cooling.

The downsides
There’s still so much we don’t understand about this technique and we only have models which have given us limited information on what will happen if this gets implemented on a larger scale.
Aerosols being released into the stratosphere means they have to potential to delay the regeneration of the ozone layer that protects us from harmful sun rays.

On a global scale this process will be incredibly difficult to carry out if not everyone agrees to take part in the experiment and on a political level,  there are many facets to the technique to discuss, including countries that may see ill effects from aerosol injection and countries that don’t agree to this process being used in their stratospheres. To use this technique on a large scale almost every country has to agree to its use and take a part in it.
Additionally, there is a possibility that aerosol injection will be halted and once it’s completely stopped, global temperatures can return to what they were and cause mass confusion in the planet's climate.

The seas are covered by marine stratus clouds which scientists have recommended sending ships to spray saltwater into the clouds to make them lighter and brighter, resulting in whiter, more reflective clouds that can reflect the sun's rays back into space, cooling the earth.

The downsides
Research into this suggests that you’ll get localised effects with this technique but it's still not clear how marine cloud brightening can actually affect the weather over our various continents. Some studies suggest it will help with global cooling, and ice cover whilst others suggest it can drastically change the climate over specific continents, making it much worse for them i.e changes in storm patterns, rainfall, ocean circulation and local biology.

This technique requires a fleet of sea vessels to churn up millions of tiny microbubbles on the ocean surface. This creates seafoam which, in a similar fashion to marine cloud brightening, reflects sun rays back into space, cooling the earth down.

The downsides
Creating a layer of microbubbles on the ocean surface can reflect light and harm marine ecosystems, that depend on sunlight to thrive. Although several newer studies have contradicted this and say that ocean mirror effect will not affect marine ecosystems.

Microbubbles on the ocean surface need to be continually maintained, therefore the vessels needed to create the bubbles will need to utilize a lot of energy to cover the ocean surface with microbubbles, which is most likely in the form of fossil fuels unless the vessel will run on renewable energy sources.

Cirrus clouds are the thin wispy clouds in high altitudes, that are made up of ice crystals. Even though they reflect some sunlight, they also absorb a lot of long-wave radiation which results in warming of the planet. Removing these clouds (with aerosol particles) will alleviate the heat-trapping effect of cirrus clouds.

The downsides
There’s no guarantee that this technique will remove the cirrus clouds, instead, thicker cirrus clouds could be created, thus increasing the warming effect instead of removing it. There are also a lot of questions surrounding other aspects of the climate system, such as atmospheric circulation and until they are answered, this technique will remain a theory.

High-albedo crops and buildings
The theory

Painting the rooftops of buildings a bright white, which increases the albedo of buildings. This means that the roof of the building will reflect more light back into space, cooling the planet. As seen in all of the white buildings in Santorini, Greece and the Mediterranean.

The downsides
This is a less controversial method of solar radiation management, but it doesn't really have the potential to have a big effect on global temperatures. Countries along the Mediterranean and the middle east use this technique to alleviate the pressures of a heatwave and to lower temperatures during summertime.  This is more of a smaller scale approach compared to the above techniques.

Like a mirror, this technique uses a gigantic mirror or a fleet of mirrors launched into space, to orbit the earth and reflect more sunlight away from the earth. The size of the mirror or mirrors will be determined by how much sunlight it could reflect back towards space, thus preventing the increase of carbon dioxide levels and, therefore, its cooling effect.

The downsides
Launching a gigantic mirror into space is a huge technological challenge, and if you get past that hurdle, trying to maintain it in space is another hurdle.

The above technologies are all forms of solar radiation management, but until now they are just theories or experiments on a small scale. They are also a PLAN B if PLAN A (controlling greenhouse gasses first) does not work.  There is also a fear that the availability of these “plan B” techniques could result in people thinking that they are all quick fixes and politicians will backtrack on their promises to cut greenhouse emissions.

....
These are the six different types of solar geoengineering that researchers are thinking about currently, the UK has started to lean towards SRM and its regulation and are looking to create discussions on the regulation of solar geoengineering on a large scale. Because such an important technology that has the potential to change the planet's climate needs a lot of regulation before it’s deployed into the stratosphere.