The Ghost Writers of the Pharmaceutical Industry

By Mariam Z. October 15, 2017
There is a huge difference between finding out that your favourite author uses a ghostwriter to write their novels and finding out that the pharmaceutical industry uses ghostwriters for the majority of their scientific content. 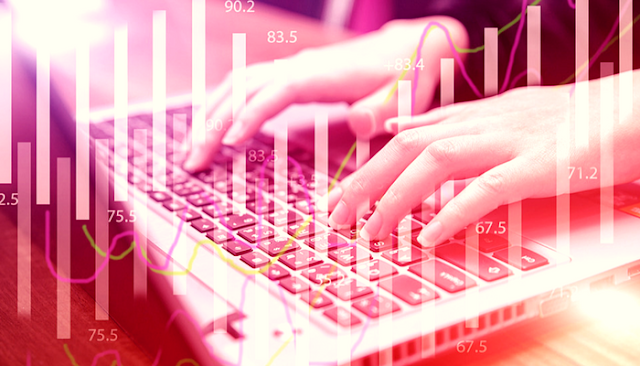 Who are the medical ghostwriters?

These writers aren’t called ghostwriters; they have a more professional name: medical writers. They are anyone with a science background (which doesn’t have to be a background in the therapy areas the agency is working on) and most likely a PhD.  Medical writers work in agencies and these agencies are employed by pharmaceutical companies to help them with the approval and the promotion of new therapies coming to the drug market by providing advice and the preparation of various scientific materials such as slide decks and publications for scientific journals.

This is where the problem arises, a medical writer can write publications but will not have their name published on it, and instead, the name of the KOL’s (Key Opinion Leader – either a doctor or healthcare professional) will be published on the paper.

Ben Goldacre (author of Bad Science and Bad Pharma), wrote an article in The Guardian in 2010 “calling out” the industry for this “strange phenomenon of medical ghost-writing” where he has a sceptical view of the whole industry and medical communications. He also gives a case study, where a hormone replacement therapy (HRT) caused 14,000 patients to develop breast cancer and its promotional materials were prepared by a medical communications agency. A court case was raised against the pharmaceutical company responsible for this and also the medical communications company who prepared the material. It was then recommended that:

“...the ghostwriting should be placed in the public domain, because they represent information on a potential threat to public health.”

Ever since then, tighter guidelines and restrictions have been placed and the industry is more transparent with their work. In this case, all papers which were written by or had help with by medical writers must be clearly stated in the paper.

As someone who has worked in medical communications previously (as an editorial project assistant), I want to give an update on what is going on in these agencies. These agencies are not a big crime that is happening in broad daylight. They are providing useful services to the industry and to KOL’s. The services are time, planning, writing skills, Computer Aided Design and Artistic skills and Project Management.

Contrary to Goldacre’s article, things have significantly changed and there are now stricter regulations on the work that goes on between medical communications agencies and pharmaceutical companies and also more transparency.

The KOL’s, I was fortunate enough to cooperate with, knew all of the data they were dealing with on the drug we were writing about and they knew, when it came to presenting the data in symposiums, what it was they wanted to cover - some even preferred to send us pre-made slides which we made look presentable for presentation at the symposium.  I’m sure it is not possible for any KOL to have their name placed on any publication or research for the sake of promoting a drug. This could have been the case ten years ago, but not today.

Even though the KOL’s have a vast experience in the therapy area they are specialised in, they might not be the best of writers, and they also don’t have enough time to sit and write, this is why this work is given to medical writers. Medical writers can communicate the data more efficiently and save time for the doctors and professionals.

Besides, medical writers mainly provide writing assistance whereas a KOL provides therapeutic area expertise. As experts in their own field, the authors of the publication (KOLs) are in charge of what is written in the paper and they have to give guidance to medical writers, particularly with the data and the results of their research. A medical writer’s role is to provide writing assistance, following the journal standards and style and efficient communication. Their writing has to be able to “satisfy the readers’ needs.”

Pharmaceutical companies recruit agencies in different stages of a drugs clinical trial; some drugs are awaiting approval and some have already been approved by the FDA/EMEA and the company is doing more trials to try and get the drug approved for another treatment area. But all of this has to comply with the ABPI Code of Practise (or the equivalent in other countries) which details all of the rules that you have to comply with as an agency and as the pharmaceutical company and their duties towards patients.

Innovative medical ghostwriters...
Agencies with design experts are able to provide new and innovative ways to present clinical trial data and educational materials, one I experienced at work and loved was this app of the human body, developed to teach everything on the target area of the drugs being used for diabetes and cardiovascular disease. The app starts off with an outside view of the human body, then you choose the area of the body which you want to learn more about and the app goes into, for example, the kidneys and even deeper, the nephron, even more, detailed the cells, giving a detailed explanation to each division.

Are these medical ghostwriters putting patients’ lives at risk?
As long as all of the work and publications produced are within Good Publishing Practise (GPP) guidelines and clinical trials are completed following regulations, then no one’s life or health should be at risk.

What distinguishes a medical writer from a ghost writer?
Ghostwriters are writers who nobody knows about, the reader doesn’t know they exist either; whereas medical writers are acknowledged, either the medical writers’ name and/or acknowledging the medical communications agency that assisted in the preparation of the material.
According to this published paper, in 2016, in Biochemia Medica, ghostwriters can also be seen as biased towards what they’re writing about and this can, in turn, affect the way patients make a clinical decision based on the publication. The authors, although having no input into the paper can be publicly blamed for whatever is written in the publication and therefore cause public distrust in the pharmaceutical industry (more than there already is) and healthcare professionals. [There’s also a degree of misunderstanding between the public and the industry towards clinical trials, which you can read about here.]

From a medical writer’s point of view...

Having not been satisfied with her career in research Dr Sophie Powell, who has just recently completed her PhD, told me what made her leave the lab bench and become a medical writer and if she sees herself as a ghostwriter:

“I guess medical writing is like ghostwriting though you are named in the acknowledgements. It depends what your motivation is though: if you want to be first author you have to do the research and put up with years and years of failure for a paper which might not even be that ground-breaking. In medcomms [sic] we're usually writing up clinical trials results from the absolute cutting edge of cancer research, where papers hit Lancet and NEJM, which I find really exciting!”

If there is anything to think about, it is what medical writers can do in collaboration with pharmaceutical companies to help with the prevention of disease and coming up with new and innovative ways of creating awareness, such as awareness for the prevention of diabetes and cardiovascular diseases (I know, I know, they wouldn’t make a profit if people had to stop taking the drugs that make them money) or even antibiotic resistance since we’re anticipating an antibiotic armageddon.

So to end this post, can we call medical writers “ghost writers”? I guess not if they are acknowledged, but if they’re not they’re still ghostwriters promoting the unethical practice. Everyone participating in the creation of scientific material has an “ethical responsibility” to provide factually correct material with both the positive and negative results of clinical trials and to prevent ghostwriting in the industry.