Candy Floss Machines May Be The Future For Making Artificial Organs 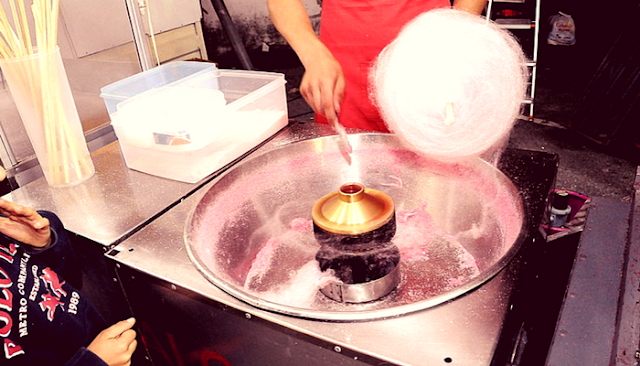 For any medical reason, sometimes artificial organs are required to take place instead of the real organ in the human body. But making artificial organs, which have complicated and  intricate structures, aren't easy to make and there have been many methods which have been devised but don't work as efficiently.  Leon Bellan is an assistant professor of mechanical engineering at Vanderbilt University, who has been working with candy floss machines, getting them to spin out networks of tiny threads similar in size, density and complexity to the patterns formed by capillaries - the minuscule, thin-walled vessels that deliver oxygen and nutrients to cells and carry away waste. His main aim has been to make fibre networks that can be used as templates to produce the capillary systems required to create full-scale artificial organs. This research has been published in the Advanced Healthcare Materials journal. 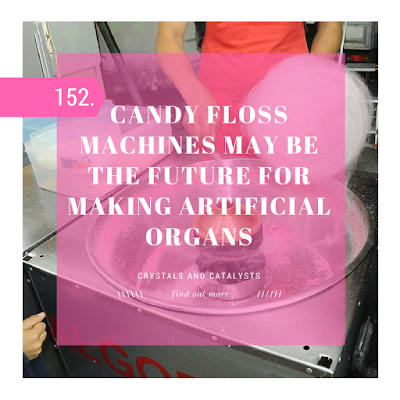 Bellan and his colleagues have been successful in using their new and really unusual technique to produce a 3D artificial capillary system that can keep living cells viable and functional for more than a week, which is a dramatic improvement over current methods. "Some people in the field think this approach is a little crazy," said Bellan, "But now we've shown we can use this simple technique to make microfluidic networks that mimic the three-dimensional capillary system in the human body in a cell-friendly fashion. Generally, it's not that difficult to make two-dimensional networks, but adding the third dimension is much harder; with this approach, we can make our system as three-dimensional as we like."

Researchers, like Bellan and his team,  research a class of materials called hydrogels- water based gels- which should act as a scaffold to support cells within 3D artificial organs. Hydrogels are the top choice for material because their properties can be manipulated to closely mimic those of the natural extracellular matrix that surrounds cells in the body.

Contradictory to solid polymer scaffolds, hydrogels support diffusion of necessary soluble compounds; however, oxygen, nutrients and wastes can only diffuse a limited distance through the gel. Consequently, cells must be very close (within the width of human hair) to a source of nutrients and oxygen and a sink for the wastes they produce, or else they can starve or suffocate.

Therefore, to produce tissues that have the thickness of real organs and keep cells alive throughout the entire scaffold, the researchers had to create a network of channels that allow fluids to flow through the system, mimicking the natural capillary system.

To overcome the issues of previous artificial organ-producing techniques, Bellan used a top-down approach. In his report, Bellan says that his cotton-candy spinning method is successful in producing channels ranging from three to 55 microns, with a mean diameter of 35 microns. "The analogies everyone uses to describe electrospun fibers are that they look like silly string, or Cheese Whiz, or cotton candy," said Bellan. "So I decided to give the cotton candy machine a try. I went to Target and bought a cotton candy machine for about $40. It turned out that it formed threads that were about one-tenth the diameter of a human hair -- roughly the same size as capillaries -- so they could be used to make channel structures in other materials." But, getting from that point to creating artificial capillaries that work was not a simple matter. If you create a network of fibres using sugar, when you pour a hydrogel on it, the sugar dissolves away because the hydrogel is mostly water.

This demonstrates what Bellan describes as the "Catch-22" in creating such sacrificial structures. "First, the material has to be insoluble in water when you make the mold so it doesn't dissolve when you pour the gel. Then it must dissolve in water to create the microchannels because cells will only grow in aqueous environments," he explained. The researchers experimented with a range of different materials before they found one that worked. The essential material used is PNIPAM, Poly(N-isopropyl acrylamide), a polymer with the unusual property of being insoluble at temperatures above 32 degrees Celsius and soluble below that temperature. This material has also been used previously in various medical applications and has proven to be “cell-friendly”.

Initially, the researchers spun out a network of PNIPAM threads using a machine closely resembling a candy floss machine. Secondly, they prepared a solution of gelatine in water (a liquid at 37 degrees) and add human cells. Thirdly, they added an enzyme commonly used in the food industry (transglutaminase, a.k.a "meat glue") which caused the gelatine to irreversibly gel. This warm mixture was then poured over the PNIPAM structure and allowed to gel in an incubator at 37 degrees. Finally, the gel containing cells and fibres was removed from the incubator and allowed to cool to room temperature, at which point the embedded fibres dissolve, leaving behind an intricate network of microscale channels. Lastly, the researchers attached pumps to the network and then perfused them with cell culture media containing necessary chemicals and oxygen.

Since this technique has been proven through research by Bellan and his team, they will be perfect it to match the characteristics of the small vessel networks in different types of tissues, and exploring a variety of cell types in the near future.