One Paragraph on Diabetes and Psychiatric Disorders 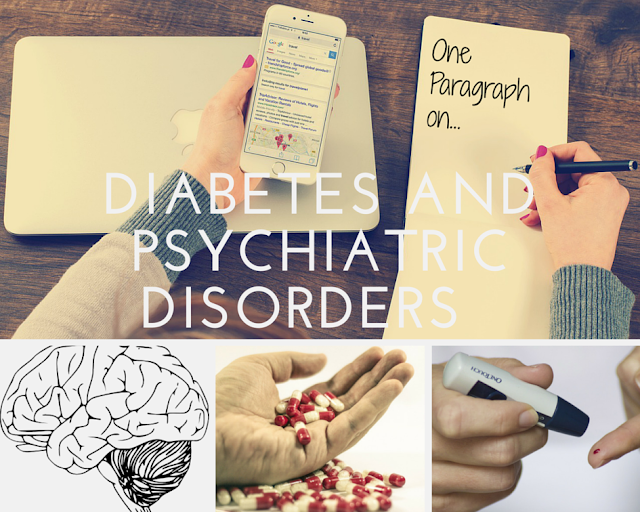 A new report featuring in the February 2016 issue of The FASEB Journal, scientists show that a gene called "DISC1," is believed to play a role in mental health disorders, such as schizophrenia, bipolar disorder (and other forms of depression); influence the function of pancreatic beta cells which produce insulin to maintain normal blood glucose levels. Understanding how the different mechanisms  of diseases in the body is essential to be able to pick efficient therapies for patients. Bortell and colleagues decided to study the function of DISC1 by comparing 2 groups of mice. The first group was genetically manipulated to disrupt the DISC1 gene only in the mouse's pancreatic beta cells. The second group of mice was normal. The mice with disrupted DISC1 gene showed increased beta cell death, less insulin secretion and impaired glucose regulation while control mice were normal. The researchers found that DISC1 works by controlling the activity of a specific protein (GSK3β) already known to be critical for beta cell function and survival. Inhibition of GSK3β resulted in improved beta cell survival and restored normal glucose tolerance in mice with disrupted DISC1. "The connections between these disorders may be surprising, but we have known for a long time that a single protein or gene can play multiple roles in the body," said Thoru Pederson, Ph.D., Editor-in-Chief of The FASEB Journal.