By Mariam Z. November 30, 2015
Today’s post isn’t going to be a “pro-veganism” rant or anything like that. I’m aiming to provide a balanced overview on meat-eating. This post is going to be looking at meats, their pro’s and con’s and the recent research spreading around them and also veganism and I’ll leave the decision to which option could potentially be the best for your health, to you, the reader. 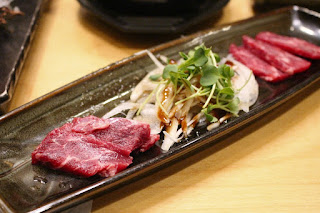 
Meat is a good source of protein, vitamins and minerals, including iron, zinc and B vitamins. It is also one of the main sources of vitamin B12. It’s recommended that we try to eat lean cuts of meat and skinless poultry whenever possible to cut down on fat and also always cook meat thoroughly.

Proteins are complex substances, made up of chains of amino acids. Amino acids are building blocks that combine in different formations to make up the proteins in your body. There are 20 amino acids in total – your body can create some of these itself, but there are nine essential amino acids that you can only get from protein that you eat. After you eat protein, it’s broken down in the body into amino acids.  They are then transported in the bloodstream, where they’re rearranged into new proteins that are required for the healthy growth of all of our body tissues, such as your muscles (including your heart), internal organs (such as your lungs and liver) and skin.  Also, proteins are a great source of energy.


Saturated fats, found in meat, can block the absorption of essential fats which are important for maintaining cell structure. An increase in saturated fats in the body can cause cells to become more rigid and affect the flow of nutrients in and out of the cells.

The first piece of research has found that diets high in meat may lead to an increased risk of developing renal cell carcinoma (RCC) through the intake of carcinogenic compounds created by specific cooking techniques, such as barbecuing and pan-frying. The kidney is a biochemically active organ which is responsible for filtering many harmful toxins from the body, s it was essential to investigate the effects of dietary intake, including carcinogens, on kidney cancer risk. 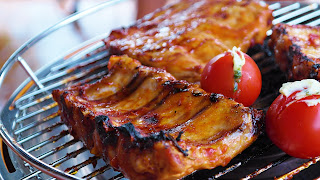 A potential theory for the cause could be ingestion of meat-cooking mutagens, harmful compounds created when the meat is cooked in a certain way. Cooking meat at high temperatures or over an open flame, such as when barbecuing or pan-frying, is known to result in the formation of carcinogens, including 2-amino-1-methyl-6-phenyl-imidazo(4,5-b) pyridine (PhIP) and amino-3,8-dimethylimidazo(4,5-f) quinoxaline (MeIQx). 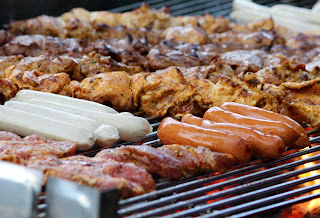 However, the researchers don’t suggest that people should remove meats entirely from their diets, but rather consume it in moderation, as part of a well-balanced diet, complete with fruits and vegetables. They also advised that: when grilling or pan-frying meat, to try to avoid charring it as much as possible.

Studies on cancer risks of  different types of meat

The International Agency for Research on Cancer (IARC), the cancer agency of the World Health Organization, has evaluated the carcinogenicity of the consumption of red meat and processed meat.

The IARC classified the consumption of red meat as probably carcinogenic to humans (Group 2A), based on limited evidence that the consumption of red meat causes cancer in humans and strong mechanistic evidence supporting a carcinogenic effect. This association was observed mainly for colorectal cancer, but associations were also seen for pancreatic cancer and prostate cancer. 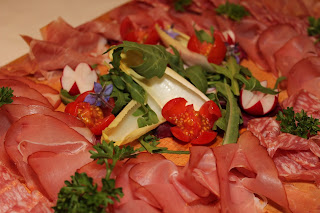 The IARC working group considered more than 800 studies that investigated associations of more than a dozen types of cancer with the consumption of red meat or processed meat in many countries and populations with diverse diets. The most prominent evidence came from big prospective cohort studies conducted over the past 20 years.

"These findings further support current public health recommendations to limit intake of meat," says Dr. Christopher Wild, director of IARC. "At the same time, red meat has nutritional value. Therefore, these results are important in enabling governments and international regulatory agencies to conduct risk assessments, in order to balance the risks and benefits of eating red meat and processed meat and to provide the best possible dietary recommendations."

On how meat-eaters defend their eating habits...

Researchers have found that meat eaters who justify their eating habits feel less guilty and are more tolerant of social inequality say, researchers. They found that the vast majority of omnivores defend consuming animals by rationalizing their behaviour using one of four rationalizations, which they call the 4Ns.

Typical comments used to justify eating meat include these 4Ns: 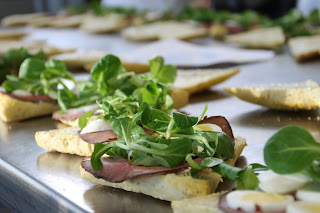 Since veganism and vegetarianism are perceived to be the  healthiest lifestyle to live. More and more people are cutting out meats and animal produce in order to have a plant based diet.

In addition to weight loss, a vegan low-carbohydrate diet may also reduce the risk of heart disease by 10 percent over 10 years, researchers have demonstrated for the first time. The diet is a low-carbohydrate vegan diet. A lot of low-carbohydrate diets have been able to improve weight loss, but most highlight eating animal proteins and fats, which can raise body cholesterol levels. A diet that is high in vegetable proteins and oils may reduce the risk of heart disease by lowering "bad cholesterol" levels in the body.

Finally, although some meats can cause cancer it's also beneficial to not completely cut out meat and other animal produce from the body because they do have some beneficial nutrients that are essential to the body. Even if some of the nutrients can be sought via other means, vitamin B12 is an essential one which can be found in  meat, eggs and milk. This brings us back to the saying "everything in moderation is good". 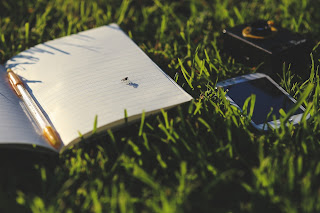