By Mariam Zaki March 25, 2019
I have come to notice one thing, scientists can be rather condescending and mean to anyone who seems to have any arguments against scientific theories and facts. Especially when you’re not a scientist. In fact, some can be downright awful and make fun of you. This defensiveness appears when we scientists think you’ve made some outlandish remark about a fact that we’ve known for centuries…fact being the key word here. It’s amazing to me how little time scientists spend explaining what the difference between fact and theory actually is. What qualifies a fact to be considered the fact, is it simply the complete truth? And if so, why do some individuals attempt to discredit science at every given opportunity? 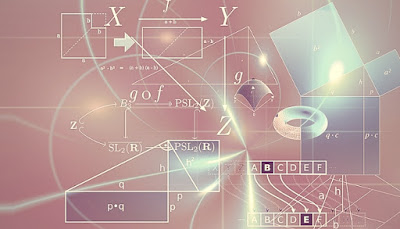 I was fortunate to have a rather eccentric lecturer during my degree who once said: “at school, we teach you a bag of lies. At GCSE we teach you a slightly better bag of lies. At A-Level a slightly better bag of lies than that and at the undergraduate and beyond this will be the best bag of lies we have to give you”. And it is remarkably true. It did have me thinking though, we spend so much time teaching what is scientific fact and what is scientific theory we spend so little time trying to explain how we’ve come to call facts as facts. For example, we are taught that matter is made up of atoms, which themselves are made up of sub-atomic particles such as protons, neutrons and electrons. Have you ever thought how exactly we came to know this, how many experiments had to be carried out before a consensus was reached? Or the ingenuity that must have been required to develop those experiments at a time whose technology we would consider primitive by today’s standards? Yet, and by no means the fault of our teachers, we are simply taught that this is a fact.

A scientific fact is not something that can be proven, actually, it’s the opposite. It is the very observation of nature we cannot disprove. We try and find other explanations for the observation until the only explanation left must be the “truth” i.e. the fact. For example, suppose I told you wood is solid. Bear with me here! To prove that wood is a solid we first test it against whether it is a liquid or a gas. So, we know that wood does not have a low density, it has a finite shape and cannot be compressed or expanded, it doesn’t undergo diffusion and doesn’t have a pressure. In other words, we’ve disproven that it is a gas. Similarly, its particles are fixed, that is to say, they don’t necessarily attract one another they are already bonded to one another. It doesn’t flow, and it doesn’t evaporate. So it’s not a liquid. By this, you would say that all that it is left is to state that it is solid and if we looked up our definition of a solid we find that wood fits into that category by disproving the other two.

On the flip side, a scientific theory is our best explanation for observing our environment. A scientific theory allows us one of the most powerful concepts we have been able to harness: prediction. The ability to make predictions has underpinned modern society, from predictions concerning semiconductor materials to predictions regarding drug discovery. Predictions push science forward and sometimes, it’s important to remember that predictions can be wrong.

Whisper it with me, predictions can be wrong.

I feel that in today’s world the terms scientific fact and scientific theory have become so cross-pollinated that we have forgotten that what each mean and the limitations of each term. Scientific facts are not right because we say so, they are right because nature gave us no choice to accept them and nature, unfortunately at times, really does not care whether or not we like that choice. Scientific theories are right…usually to a certain extent and can also be wrong.

And on that note, I will leave you with a quote from Isaac Asimov:

“The most exciting phrase to hear in science, the one that heralds the most discoveries, is not “Eureka!” (I found it!) but “That’s funny…” – Isaac Asimov.

About the Author: Yousaf Khan

Yousaf is a final year chemistry PhD student and he is currently researching new methods of synthesis of photovoltaic materials that are cheaper to produce and more efficient.


As a chemistry student, he has always wanted help to communicate science and express what he finds so absolutely fascinating about the subject he loves. Yousaf is on Instagram @yousaf.w.khan