Has Science Found An Elixir of Eternal Youth?

Why are we obsessed with eternal youth and dreams of living forever? And can it really lead us to new scientific breakthroughs? 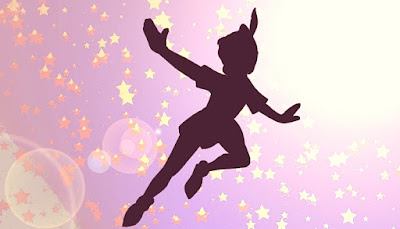 We have all looked at ourselves in the mirror and thought about how time has affected our appearance… perhaps in the faint crow’s feet near our eyes or that first grey hair that has appeared ahead of its time... (ahem!) We can go to the nearest pharmacy and purchase anti-ageing treatments in the form of creams or seek more drastic treatments like Botox to reverse the clock. However, age does not just affect our outer appearance, it also affects the inside of our body. With that being said, Rebecca Seal wrote a Guardian opinion piece on why she thinks that anti-ageing treatments for our exterior are an ugly obsession. She believes that a person can look younger on the outside, but still feel the same age on the inside.1
Extraordinarily, it turns out that thinking like Peter Pan can lead to new scientific discoveries. For example, scientists are using the obsession to stay young indefinitely to discover new things about our DNA and how our cells live, age and die.
It is known that healthy cells have a restricted lifespan called the Hayflick limit. This limit is controlled by telomeres, little stoppers at the ends of chromosomes which determine how many times it multiplies and prevent unexpected DNA changes which can potentially destabilize the genetic material of the cell.2 As the cell ages, telomeres begin to shrink and do not have the power to protect the ends of a chromosome, prompting the ageing process. This can also cause an increase in age-related symptoms such as weakness, illness and organ failure.

Professor Julian Chen and his team at the School of Molecular Sciences at Arizona State University, have made an important discovery regarding telomerase which is responsible for extending telomeres at the ends of our chromosomes to control the ageing process of our cells.3 Although, as our cells continue to divide, we lose a small part of the protective telomeres at the end of each DNA strand, and once all the telomeres are lost, a signal is sent for the cell to stop replicating and die. Looking at the possibility of delaying the shrinking process, or even reversing the ageing process of cells, Chen’s team have found a step in DNA synthesis whereby a pause signal delays a single nucleotide addition to the DNA sequence, thus drastically limiting telomerase activity. If this step is targeted correctly, scientists will be able to speed up the incorporation of nucleotides and prolong the life of cells.2,4
This sounds too good to be true, right? Having the ability to increase telomerase activity can prolong the life of ageing cells in our bodies. However, this specific step is also the same exact process which cancer cells use to aggressively multiply.

Despite almost finding the elixir of youth, Chen’s team suggests that we use this new discovery as a vital, new drug target. Dr Chen also mentioned that if we have more specific drug targets we can help scientists create small molecule drugs that can be “screened or designed to increase telomerase activity exclusively within stem cells for disease treatment as well as anti-ageing therapies without increasing the risk of cancer”2.
Science has led us to many amazing discoveries, including this one, it may seem small but this is a big step in DNA research and a new possible drug target. Perhaps this research is also a message telling us to accept the ageing process because if we try to stop it we might give power to the very disease scientists around the world are trying to defeat.