How 'amazing' is the migraine jab? 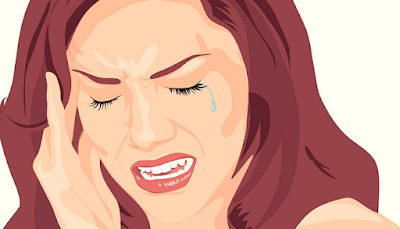 Today may be a normal day for all of us, we get up to go to work, university or school and carry out our daily routine… but this is most of us - not all of us. We may be the lucky ones who have not been cursed with dreaded migraines, causing the most unfortunate of us to seek refuge in our bedrooms like owls who only appear during the night. Robyn*, a migraine sufferer has seen her mother and her auntie go through a difficult time with migraines and at the age of 40, she became a victim herself. On the days she yearned to be outside, sociable, proactive, she was imprisoned in a dark room, no sound, no lights and no smells (they all make her headaches worse and make her throw up). She’s tried a lot of medications, none seem to at least shorten the time period that the dark cloud takes over.  But now, thanks to science, she may be able to experience a brighter future. This is because of a new advancement in migraine history. The first migraine drug to prove successful in 20 years!

This new research has been published in the New England Journal of Medicine  (a highly reputable journal!) demonstrating this new medication which is able to reduce the longevity of migraines, particularly for migraine sufferers who experience all of the horrible effects of migraines including, nausea, dizziness, headache, vision problems and aversion to light. Although there are currently many migraine drugs on the market, which try to prevent migraine attacks, such as Triptans, they are not very effective and not everybody responds to them well, they're also accompanied by horrible side effects.
Erenumab’s clinical trials were worked on by a cohort of researchers from King's College Hospital in the UK, the Universitätsmedizin Berlin in Germany, St Göran Hospital in Sweden, the Medical University of Innsbruck in Austria, Mercy Research, and the pharmaceutical company Amgen in the US.
The results published from a recent completion of a phase 3 clinical trial, tested the efficacy of erenumab in reducing migraine episodes, in those with frequent migraines.  And the results showed that Erenumab was successful at significantly reducing migraines and lowered the effects of migraines on daily activities in those with severe migraines. These results are very promising and have been highly appraised in the media since the paper was published 2 months ago.
So by now your asking:  what is erenumab??  Erenumab is a fully human monoclonal antibody  (those Y-shaped proteins in our bloodstreams) which has been produced by Novartis and Amgen which aims to inhibit the calcitonin gene-related peptide receptor (the one that sends out signals inducing a migraine), in order to block the onset of recurring migraines, i.e the ones that come in episodes.
In the phase 3 clinical trial the results published showed that during the first 4 weeks (without treatment), people had on average 8.3 days of migraines a month. After the patients undergoing the clinical trial were given erenumab:


Overall, the patients who were given Erenumab saw the average days of migraine episodes fall by a half, compared to the placebo cohort.  It was difficult for the researchers to define if side effects were related to Erenumab because both the erenumab patients and the placebo patients complained of similar side effect.
So, is this a “holy grail” for migraine sufferers?
Putting all cliches aside, Erenumab sounds very promising, but as with any new drug on the market, its safety and efficacy need to be tested over longer periods of time (10, 20 and 70 years) to master its effects on the body.
In this specific clinical trial, there were a few pitfalls which can reduce how robust the published data and how it would correlate to all migraine patients; there were many exclusion criteria, preventing a cohort of migraine sufferers from trialling the drug.
In January 2018, a press release on the completed phase 3b trial for Erenumab was published and it’s showed more promising results. This clinical trial ran for 12 weeks and included a “broad spectrum of migraine patients, ranging from those who have never tried a preventive treatment to patients who have tried and failed such treatments," commented Sean E. Harper, M.D., executive vice president of Research and Development at Amgen.  Patients recruited for the trial were either given 140mg of study drug or placebo and at the endpoint (end of the trial period). The results apparently showed that significantly more patients have had at least 50% or more reduction in their “monthly migraine days”. The paper for this phase 3b trial has not yet been published so I cannot comment on the results in depth until they are.  It must be noted that the long-term safety and durability of the effects of erenumab require longer periods of testing before conclusive results are published on Erenumab.
As always, science is ever-evolving and there will be many “holy grails” and “breakthroughs” and "wonder drugs" but we just have to be careful not to over-hype a new discovery before we actually have robust evidence and research on it.

(*N.B. Robyn may be a fictional person imagined for the sake of this blog post, but there are thousands of people who go through these difficult times every day. If you know someone with frequent migraines, send them well wishes and chocolate!)