By Mariam Z. August 31, 2017
A team of researchers led by Daniel Gallego-Perez have created a novel therapy which has proved 98% success in reversing organ damage with just a single touch at Ohio State University.  How? The researchers created a new technique called Tissue Nanotransfection - TNT for short.  TNT uses a specific nanochip technology which can repair/replace injured organs, blood vessels and nerve cells. 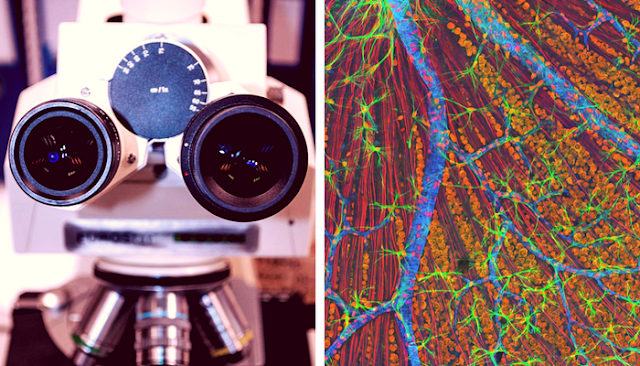 This is a form of regenerative medicine; the branch of medicine whereby methods are created to regrow, repair or replace damaged or diseased cells, organs or tissues. In this technique, TNT has been successful in converting skin cells into vascular cells (those which carry blood around the body).

Published in the journal: Nature Nanotechnology, the research promises to replace damaged cells without any other invasive technique or any immunosuppression as the nanochip technology keeps the cells in the body under immune surveillance.

To work its magic, the nanochip is first loaded with a specific genetic code and/or certain proteins. It is then placed onto the skin and a small electric current (which is barely felt by the patient) is applied to the chip, creating channels in the skin tissue where it is grounded and begins to reprogram the cells. After the procedure is completed, the chip is removed and the patient returns to life as normal. This technique is simple and non-invasive so much so that it can be completed in any point-of-care.

"By using our novel nanochip technology, injured or compromised organs can be replaced. We have shown that skin is a fertile land where we can grow the elements of any organ that is declining," said Dr. Chandan Sen, director of Ohio State's Centre for Regenerative Medicine & Cell Based Therapies, who co-led the study with L. James Lee, professor of chemical and biomolecular engineering with Ohio State's College of Engineering in collaboration with Ohio State's Nanoscale Science and Engineering Centre.

Within this study, mice and pigs were used to determine the success of the novel nanochip, and it's not only proven to be a success it even proven to provide the ability to grow brain cells.  “What’s even more exciting is that it not only works on the skin but on any type of tissue,” Sen said.  Amazingly, the researchers were able to grow brain cells on the skin surface of a mouse, harvest them, and then inject them into the mouse’s injured brain. Only a few weeks after having a stroke, brain function in the mouse was restored, and it was healed.

“The concept is very simple,” Lee said. “As a matter of fact, we were even surprised how it worked so well. In my lab, we have ongoing research trying to understand the mechanism and do even better. So, this is the beginning, more to come.” In 2018, the researchers expect to this research to be approved for clinical trials in humans.

If TNT is as promising as it seems, this will be a big game changer in the field of regenerative medicine.