Designing for the future: trends we need to consider now (within science)

By Mariam Z. July 30, 2017
“This blog post is a part of Design Blogger Competition organized by CGTrader” 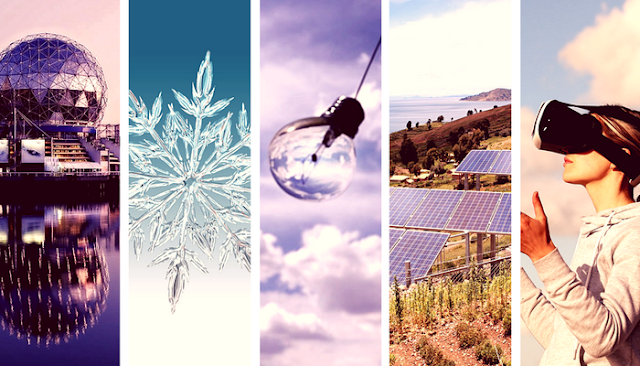 Art and science, although they seem like two separate entities, are linked together with a special bond that connects them together (pun intended).  Designers and scientists complete each other’s work, for example, scientists need to collaborate with designers because they need their skills to help them visualise data and enticing methods of communicating science. Therefore, each entity completes the other.

During my experience in the medical communications field, a design was an essential part of our final products. Accompanying the medical writers, designers and artists collaborated with our scientific team to create elaborate sci-art which complements the PowerPoint slides or the infographic or a video-visual of a reaction or a function in the body.
One of the best visuals I have seen was an elaborate PowerPoint slide showing the connection between diabetes and its effect on cardiovascular disease. The slide changed in stages, showing how an increase of blood glucose, blood pressure and cholesterol in the blood was linked to damage of blood vessels and the increase in the risk of the patient developing cardiovascular disease.

But the collaboration between science and design isn’t just restricted to biological drawings and data visualisation it even branches into chemistry. The intricate chemical bonds that form between atoms and create complex structures, the most evident is the structure of snowflakes.

The studies of design and technology are also helping us to reduce electricity consumption. They have inspired scientists at George Washington University to make solar panels and they’re continuing to help us produce more efficient solar cells that have the potential to be twice as efficient as the panels that we use today converting sunlight to electricity with 44.5% efficiency.  Acting as a sieve for sunlight the new stacked solar cell is made up of a range of different materials, and stacked in layers, absorbing the energy of a specific set of wavelengths. The most commonly used solar cell converts only a quarter of the available energy into electricity.

This new solar cell is different because it uses two things:
1.    A group of materials based on gallium antimonide (GaSb) substrates, which are usually found in applications for infrared lasers and photodetectors
2.    A stacking method which uses a technique known as transfer-printing, which enables three-dimensional assembly of these tiny devices with a high degree of precision.

Even if the cost of this particular cell is exceptionally high, this shouldn’t deter further research utilising these materials. These experiments show the high degree of efficiency that solar cells could reach. The researchers hope that a similar product enabled by cost reductions from very high solar concentration levels and technology to recycle the expensive growth could be manufactured. The aim of research like this we’ll be able to harvest most solar energy and swap normal electricity with solar-powered cells.

The future of design within science isn’t limited to environmental issues; it’s starting to take a new form in virtual reality (VR). New medical VR programmes are taking the scene by storm with modern technology for medical uses and even complicated surgeries. Recently virtual reality has helped doctors perform a complex separation of conjoined twins in Minnesota, U.S.A. and now it is being used a way to teach other doctors and professionals how to perform complex surgeries around the world. Slowly growing, virtual reality has more space for growth and maybe in the future, we’ll see complete operations being completed with virtual reality sets or even medical trainees learning completely through virtual reality without having to dissect any bodies or organs.

Science, design and technology are all vast topics that I could talk about for days to come so I will stop here and in the future, I will keep you posted in the future of updates between science and design.