What's in your Pumpkin Spice Latte? ( + A Recipe!)

By Mariam Z. October 11, 2015
Autumn is easing its way in and the leaves are turning orange and brown hues and the pumpkin spice latte is making a major comeback. So surely everyone is starting to feel it's autumn now.  The PSL is now the official symbol of autumn - forget the weather or the leaves changing colour.

Anybody who has tried the PSL and tasted it knows that it doesn’t even taste of pumpkin, nor does it have any of its nutritional benefits.  A cooked, mashed cup of it has most, if not all of your daily vitamin A and a significant percentage of both your daily potassium and fibre. Recently, the autumnal drink has been in the news for its recipe, which doesn't include real pumpkin or real, natural flavours. All flavours are replaced with chemicals which make up the flavouring. The caffeinated drink now has pumpkin included in it as of this year, part of the recipe.

In between a yoga retreat and a vision quest, I made a big decision to use real pumpkin. My dad is so proud. http://t.co/2gmKiRAkhe
— Pumpkin Spice Latte (@TheRealPSL) August 17, 2015

Did the word “chemicals” scare you? Well, it shouldn’t. But thanks to a certain group of people, chemicals have been turned from something normal into something scary and could potentially harm our health, when in actual fact some chemicals are pretty harmless. Now let’s get back to our original topic: the chemicals in the pumpkin spice latte.

The new commercial recipe for this year is:


After finding out the new recipe for the infamous PSL – we can find out what chemicals go into the famous pumpkin spice sauce that makes up the taste of autumn...
Chemicals in the Pumpkin Spice Flavoured Sauce:

"Natural flavors in the United States are defined in 21CFR 101.22, as “the essential oil, oleoresin, essence or extractive, protein hydrolysate, distillate, or any product of roasting, heating or enzymolysis, which contains the flavoring constituents derived from a spice, fruit or fruit juice, vegetable or vegetable juice, edible yeast, herb, bark, bud, root, leaf or similar plant material, meat, seafood, poultry, eggs, dairy products, or fermentation products thereof, whose significant function in food is flavoring rather than nutritional.”  “Natural Flavors Hit the Label”

Why do we need all these chemicals?
The coffee sauce flavouring is designed to taste just like cooked pumpkin spice: a blend of nutmeg, cinnamon, ginger, and cloves. The aim isn’t to taste like pumpkin but more of the spice(s).  The coffee company have used the minimum number of compounds they need to reach their signature flavour.  These chemicals are essential because it’s not sustainable to harvest the vast amounts of ginger, cinnamon, or cloves needed to match our (the consumers) appetite for pumpkin spice lattes.
If there’s one thing to be worried about, it’s the copious amounts of sugar (in total 49 grams!!) in this drink. Everyone has to take care of what goes into their body. And always remember that everything in MODERATION is good.


Since I’ve said the word pumpkin spice latte a million times in this post, you’re probably craving one right now so here’s a recipe which makes 2 mugs of PSL... 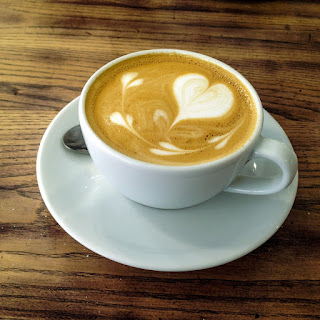 Here’s how to make homemade PSL: