One Paragraph on Green Tea Supplements 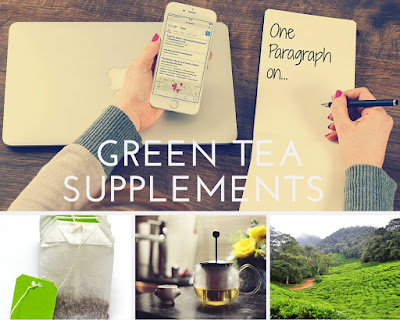 Using high doses of green tea extract supplements for weight loss become increasingly popular, but at the same time potential liver toxicity has become a serious concern. In the last decade, dozens of people have been diagnosed with the condition. However, it’s been found that drinking green tea in the weeks before taking supplements likely reduces risk, according to researchers. Researchers gave mice high doses of the green tea polyphenol epigallocatechin-3-gallate (EGCG). The dosage was equivalent to the amount of the polyphenol found in some dietary supplements taken by humans. The research data showed that dietary pre-treatment with the green tea polyphenol protects mice from liver toxicity caused by subsequent high oral doses of the same compound, explained Josh Lambert, associate professor of food science. He suggested that the research has relevance to people who are taking or are considering taking supplements containing green tea extract. There are some daring people who drink surprisingly large amounts of green tea, according to Lambert, as much as 10-20 cups a day, but liver toxicity has never been reported in that perspective. "No person can sit down and drink 16 cups of green tea all at once," he said. "However if you take a supplement you can get that type of green tea extract dose, so there is some indication that the dosage form has an influence on the potential to cause liver toxicity."